Get Connected!
NSBC´s new ‘Get Connected’ Campaign to Encourage Broader Use of Engine Cut-Off Devices 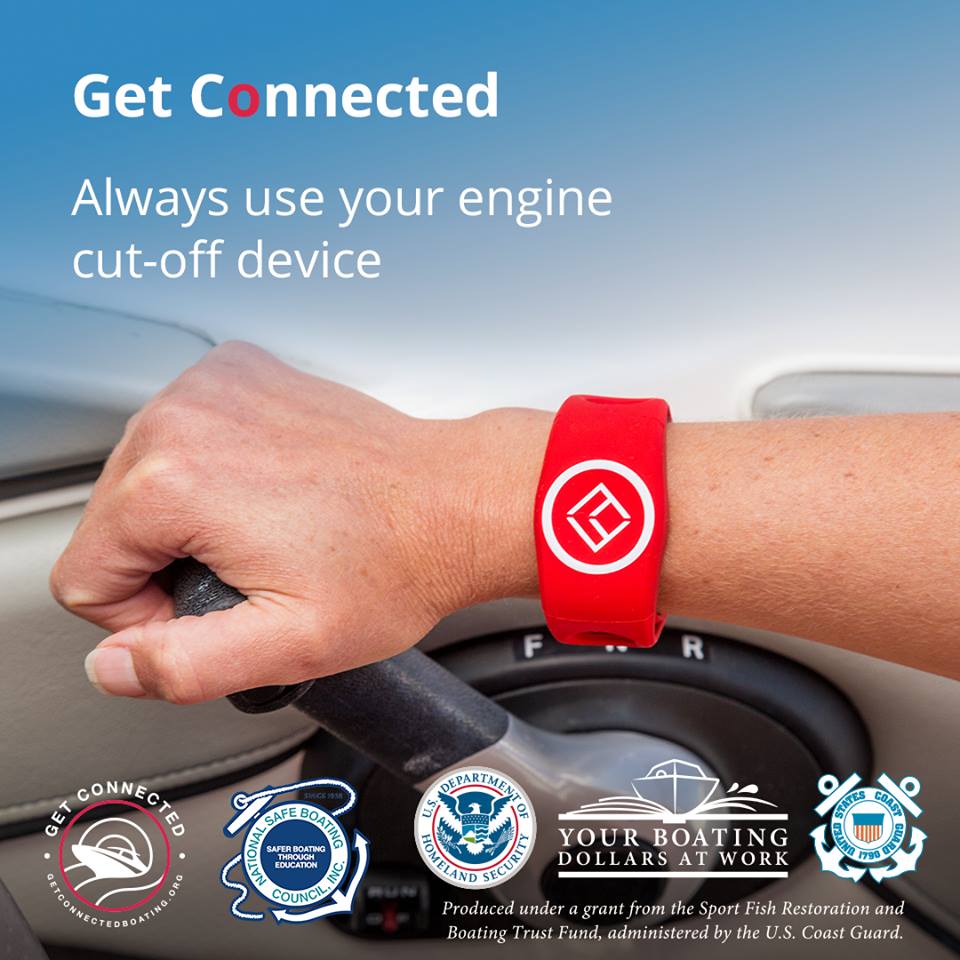 FELL Marine is one of the partners of NSBC contributing to the “Get Connected” Campaign.

Boaters nationwide will be encouraged to “Get Connected” and use their engine cut-off device, more commonly referred to as a “kill switch,” every time they go boating through a series of branded messages and resources as part of the NSBC’s new campaign.

An engine cut-off device is a proven safety device used to stop the boat’s engine should the operator unexpectedly fall overboard when the boat hits a wave, wake, takes a sharp turn, runs into a submerged object, suffers steering failure, and more. Traditionally, a lanyard attaches the boat operator to the system. Wireless devices are now gaining popularity as well. Some are designed to kill the engine should passengers fall overboard.

“Our goal is to make use of the engine cut-off device a subconscious safety habit. Like we encourage recreational boaters to wear a life jacket at all times, this new initiative will ask boaters to always be equipped with their engine cut-off device,” said NSBC Executive Director Rachel Johnson. “We know this has the potential to prevent propeller strike casualties. Putting this simple safety measure in place is imperative.”

The Get Connected campaign launches July 12, 2017. Materials provided upon launch are designed to support recreational boating safety professionals and include a series of video and audio public service announcements, a fact sheet, a press release, a series of social media posts and printable promotional files. Messaging is designed to educate boaters about the different engine cut-off device technologies that are currently available on the market, and how they can proactively make a day on the water safer.”

“Engine cut-off devices can prevent propeller-related injuries, many of which occur after a person falls overboard and is subsequently hit by the vessel’s propulsion unit as the vessel circles around,” continued Johnson. “In 2016 alone, there were 171 accidents in which at least one person was struck by a propeller. Collectively, these accidents resulted in 24 deaths and 175 injuries. If we all go the distance to make sure one is installed, and then utilized every time a boat is on, we are confident we will see a measurable reduction in boater injuries and fatalities.”